What is the Big Red X?  In short, this is the most powerful tool in your

All you have to do is to be able to imagine or envision a big red X in your mind for this to work for you.  It’s easy, fast, and despite its simplicity, it is incredibly effective.  Effective at what?

You have most likely read or heard the saying ,”thoughts are things.”  It’s very true.  All thoughts contain energy specific to them.  The energy is placed into a thought as a direct result of our emotional reaction to it.  For example, when I was quite a bit younger I wanted two things more than anything:  to visit England and to see Paul McCartney in concert just once before I died (or he died, whichever came first, most likely him, I would think due to a 21 year age difference).  In the early 80s I read Shakti Gawain’s book, Creative Visualization.  All other later books on positive thinking are merely a rehashing of this one.  It’s a classic in the field & I ***highly*** recommend this book.  Gawain spends a bit of time explaining that when we have a thought and react emotionally to it we are giving that thought real life so that eventually through that energy from our emotions it can manifest into reality.

So there I was, a teenager thinking all I’d ever want out of life was a trip to England & to attend a Paul McCartney concert.  Instead of merely wishing or praying for these things to happen, I focused my emotions toward these thoughts and I imagined the things I desired happening as if they were happening right now.  I also summoned up my emotions and made myself FEEL like I figured I would feel in England and at the concert of my dreams.

I won’t lie. It took a while, but in the end, 1989 was a humdinger of a year for me!  I completed my Master’s degree after tremendous hardship caused by racial discrimination (I’m Mexican-American for those of you who do not know).  My parents then gave me a choice:  for my graduation gift I could accept a used car or an all-expenses-paid trip to England.  Well, dang! I took the trip, of course!

My England Visualization, as I call it, centered around being in a small 12 – 15 member tour group of all lovely people & seeing places like Stonehenge, Avebury Circle, ruined castles, London, & being able to shop to my heart’s content.  I also focused on King Arthur & seeing places mentioned in those stories.  The trip turned out to be offered as a tour by the History Book Club.  The theme of the tour was “the real & legendary King Arthur.”  Leader of the tour was Aubrey Burl, a well-known & highly respected authority on British stone circles.  When I went to England, to my delight I discovered there were only 10 people in my group, all except for one were delightful (we all did our best to ignore her!).  Not only did I see many places connected to Arthurian lore, but our guide made sure as we traveled around Britain every time we were near a stone circle we would stop, get out, and he’d give us a lecture about that particular stone circle.  I saw many that aren’t even in books.  It was truly an amazing experience that surpassed even my own wildly vivid visualizations.

On the second to last day of my England trip I turned on the TV to “AM Britain,” a morning news show.  Something just made me turn it on.  As I got ready to meet my tour group for breakfast I was rushing around my room with the TV on in the background.  I then heard the announcement that Paul McCartney was about to come on to announce a tour. It would be his first since 1976, a gap of 13 years.  I sat totally disbelieving as Paul announced he would be going on a world tour that would begin in the US that December.  I returned home 3 days later to discover that in a few days concert tickets were going to go on sale.  A few days later I was holding Paul McCartney concert tickets in my hot little hands!  December 3, 1989 not only did I see the concert of my dreams, but I saw it with my parents & 3 best friends – just as I had envisioned it.  A perfect ending to one of the most fabulous years in my life – all of which came about through positive and creative visualization.

Now, what if you have a fear that despite how much you may visualize, what you desire won’t come to you?  What if you feel undeserving?  Whenever such fears enter your mind all you have to 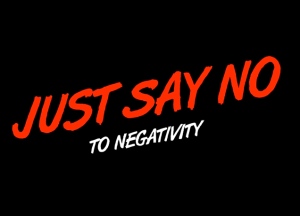 do is what I did – cancel them out by imagining a big red X across them.  SEE that X crossing out the negative thought/fear/worry.  KNOW that it no longer holds any power and believe it is dead, because it is.  Should your mind once again return to that negative thought, again, imagine the big red X.  Do this over and over until the thought no longer occurs to you.  When a negative thought/fear/worry enters your mind remember one thing:  Just Say NO!  Do not give such thoughts any power by investing any emotion into them.  If you do, then they have the power to manifest as reality and none of us desires that.

Another thing you can do, let’s say it’s just a worry. For example, you’re stuck in traffic so you start to worry about being late for work.  You catch yourself worrying and mentally draw your big red X through that worry.  You can either replace it by imagining yourself arriving safely and on time for work OR you can simply change your entire mode of thinking and replace it with something else of a positive nature.

A positive thought or emotion used to replace a negative one can come from your own personal warehouse of memories.  Think back to a time when you were blissfully happy. Everything was going your way.  God was in His heaven and all was right with the world.  Once you come up with that thought, focus on it and invest some emotion into it.  Remember how happy it made you feel and feel that happiness once again.  The ability to recall that emotion will definitely cancel out any fears or worries you may be having at the moment.

Happy times for me include, of course, my very first Paul McCartney 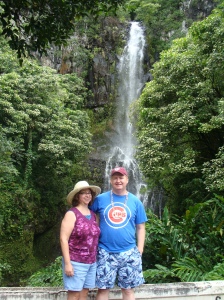 concert (plus the subsequent four I’ve attended over the years – especially the Nov. 2012 concert when I was able to take my daughter, a dream come true!), my first trip to England, and a lovely trip my husband and I took to Maui in 2009 (we went back in 2011 & I have lovely memories from both vacations).

Once I have the happy memory in my mind I allow it to play out as best I can remember it.  I allow myself to feel the joy and happiness once again.  Not only does it work wonders to totally cancel out any feelings I may have sent to a negative thought or fear, it also works to help me to feel better and to go about my day with an improved outlook.

Try it.  It truly does work.  Let me know how well it works for you.

Wishing You Many Blessings,

http://www.egyptianlenormand.com (only 18 copies of a print run strictly limited to 100 signed & numbered copies remain! To be published by Schiffer Books in Fall, 2014.)